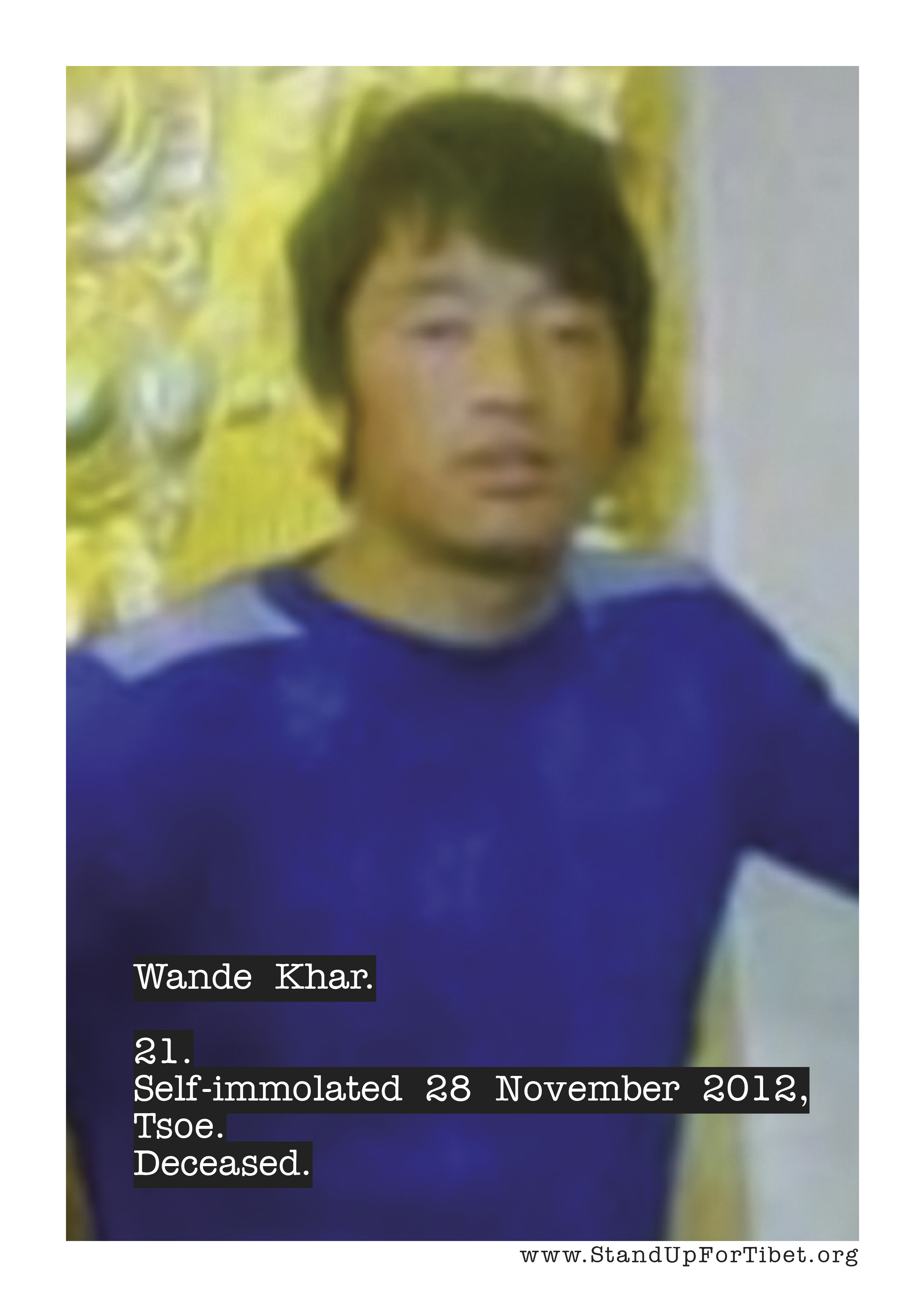 Wande Khar raised slogans calling for the return of His Holiness the Dalai Lama to Tibet, the release of Panchen Lama, freedom for Tibet, and the protection of Tibet’s environment.

Following his self-immolation protest, monks and local Tibetans reportedly gathered at his residence to offer prayers.

“Monks from nearby monastery are currently gathered at his residence in Yarki Sokdhi village some 20kms away from the Tsoe, to offer prayers and pay their last respects,” the same source said while adding that heavy restrictions in the region has affected the flow of information out of the region.

Also yesterday, around 500 Tibetans in Tsolho, eastern Tibet, publicly displayed a photograph of His Holiness the Dalai Lama and carried out a mass prayer service for the Tibetan spiritual leader’s long life and for all the Tibetans who have self-immolated.

According to exile sources, a photograph of His Holiness the Dalai Lama was placed on a throne at the Atsok Monastery in Tsolho, following which local Tibetans offered khataks (white Tibetan scarf).

Defying strict government orders, the gathering then offered long life prayers for the Dalai Lama and for the Tibetan self-immolators who have set themselves on fire protesting China’s continued occupation and demanding freedom and the return of the Dalai Lama.