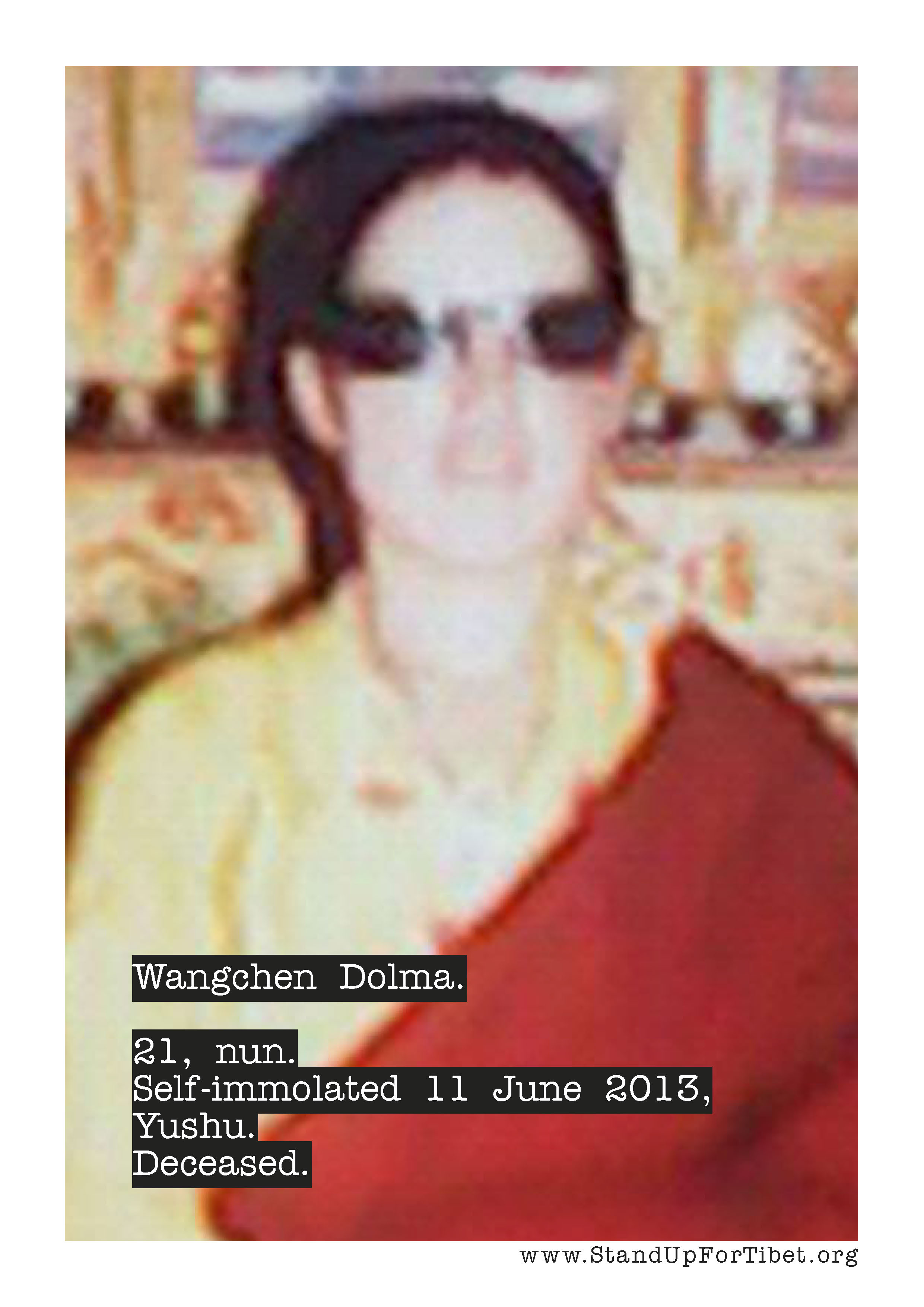 A Tibetan nun has died after setting fire to herself in Tawu during a gathering of several thousand monks for a religious debate and teaching.

Wangchen Dolma chose to self-immolate not at her own mountain retreat, Barshab Dragkar, but near Nyatso monastery in Tawu in Kardze at the time of a major inter-monastic debate and teaching.

More than 3,000 monks from at least 50 monasteries representing all of the Buddhist schools were attending the teachings. After the protest, communications were restricted in the area and surveillance of monks at Nyatso monastery was intensified.