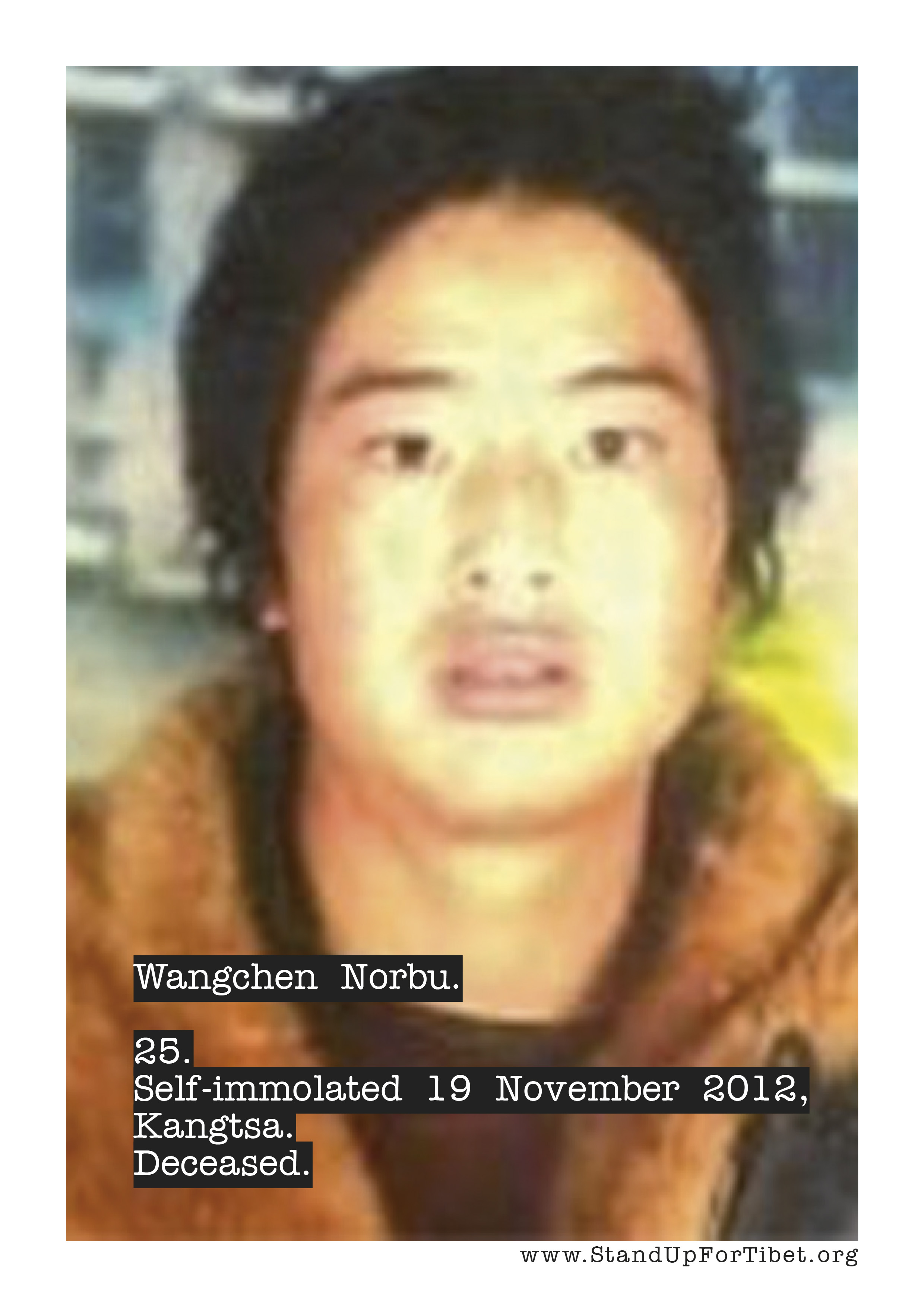 Wangchen Norbu, 25, died after setting himself on fire in Kangtsa, an area adjacent to the hometown of the late Panchen Lama in Tsoshar, Amdo. Sources report that he shouted slogans calling for the return of the Dalai Lama to Tibet, release of the Panchen Lama and freedom for Tibet.

Wangchen Norbu’s body was taken to the monastery where a large number monks and lay people gathered to offer white scarves and prayers. The crowds were reported to have shouted slogans calling for the return of the exiled spiritual leader the Dalai Lama to Tibet. and reciting long life prayers for the Dalai Lama.

The situation in the area was extremely tense with paramilitary forces surrounding the area.